Photographs to illustrate the article published in The Mediterranean Garden No. 93, July 2018

John Joynes describes how a chance finding of an endemic arum in his Cypriot garden opened up a new interest in the preservation of rare and endemic plants. Here are eight which he has cultivated himself.

He writes: Arum sintenisii is a distinct and attractive plant growing to around 65 cm high, with a purple spadix and a spathe that is purplish internally. Unlike many arums it has a sweet scent. It grows largely in olive plantations and moist places. It was first recorded as growing in Cyprus in 1880, at which time it was listed as Arum orientale. However, as recently as 1994 it was described by P.C. Boyce as a distinct species. Initially it was known from just two locations, one being the site of the original 1880 recording. Since then other possible sites have been discovered and investigated, including in our own garden. 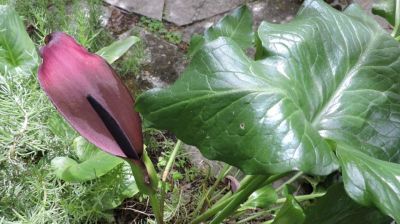 Centaurea akamantis is confined to the Akamas peninsula of Cyprus, hence its specific name. Two populations were discovered by T. Georgiades and Georgios Hadjikyriakou in the 1980s. A new sub-population close by was recorded as recently as 2012. It is an attractive plant with silver filigree foliage and the typical thistle-like flowers of its genus. It was trialled by the Agricultural Research Institute in Nicosia to assess its suitability as a garden plant. As a result it has achieved a limited availability. We are fortunate enough to have acquired one for our garden although we have not yet been able to propagate from it. It is classed as Endangered by the International Union for Conservation of Nature (IUCN) and is strictly protected. 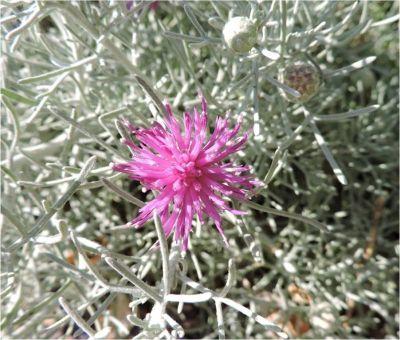 Yet another Cyprus endemic that is classed as Endangered and protected by the Bern Convention is Sideritis cypria. It has been recorded from only seven locations in the Pentadaktylos Range of mountains in the north of the island, where it grows in limestone cliffs at an altitude of between 300-900m. Our garden is located at an altitude of no more than 35/40m but the two specimens we have recently acquired appear to be becoming established, with one preparing to flower as I write. 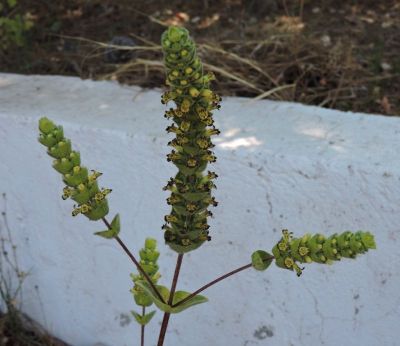 Another recent acquisition that is currently in flower is not an endemic, being found also in Israel, Lebanon and Syria: it is Salvia hierosolymitana. This salvia has been recorded in just one location in Cyprus, way up in the Rizokarpaso area (the Panhandle of Cyprus). It was reported as having been collected from six other locations during the period 1880-1962, although recent searches have failed to find any there. This would appear to indicate a serious decline in the overall population. 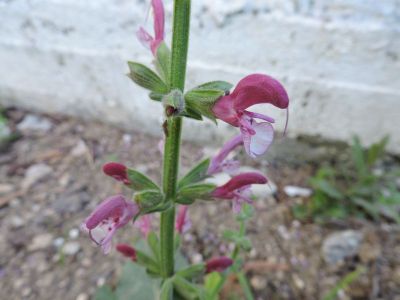 Not all endemics are rare and/or endangered, some are fairly common. Of these we have Euphorbia veneris (Aphrodite’s Spurge). This grows in the Troodos massif at an altitude of 600-1700m, but is happily growing and increasing at our much lower level. 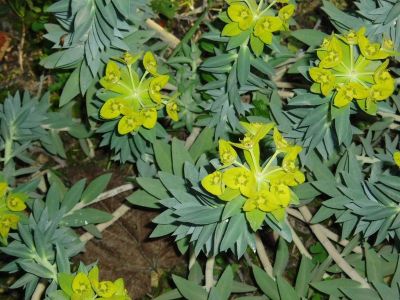 We also have Bosea cypria, a very ancient plant whose origins go way back to the shores of the Tethys Sea during the Tethian Tertiary period. As the movement of the tectonic plates formed the map of the world as we recognide it today, just three distinct species of Bosea survived: Bosea cypria here in Cyprus, Bosea yervamora in the Canary Islands and Bosea amherstiana in the north-west Himalayas. 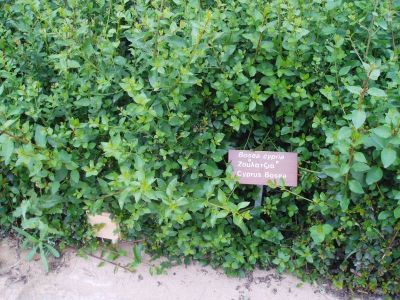 Our quest for rare and/or endangered plants has not ended. One can possibly be described as semi-indigenous as it only occurs in Cyprus and parts of southern Turkey: Cyprinia gracilis is a genus of a single species, the generic name being derived from Cyprus. I collected seeds of this climber and several have germinated. 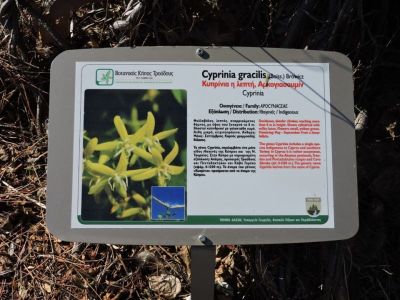 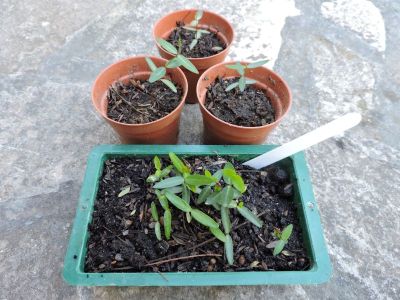 Last of all we come to a plant that has generated a lot of excitement. In April my wife spotted a flower that we had not seen before, in fact it was unlike anything we had previously come across. It had petals of a yellowish-green that were shorter than the sepals. Then she remembered that two years earlier she had sown some seeds in that area, ones that she had been given as a species of nigella very rare in Cyprus. When we looked it up in the Red Data Book it became clear that it could only be one plant, although the entry did not have an accompanying photo for verification. It was, quite obviously, Nigella ciliaris. This grows in Syria and Israel but has not been recorded in the wild in Cyprus since 1862 in one location and in 1880 and 1912 in a second. It was however recorded in a private garden collection in 1987. 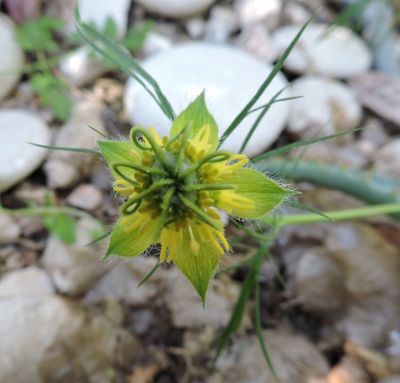