Photographs to illustrate the article published in The Mediterranean Garden No. 95, January 2019. Further photographs can be viewed on the Costa Blanca branch page.

he photo at the top of this page shows detail of the Vertical Garden in Central Park, Valencia

Valerie participated in the tour of Valencia that followed the 2018 AGM in Alicante. She writes: On Monday 29 October we set off for the Turia Gardens. These extensive gardens occupy the old bed of the river Turia, which used to flow through the heart of the city to the port. We walked along the Palm Walk, a path lined with impressive palms of different species including Trithrinax acanthocoma. 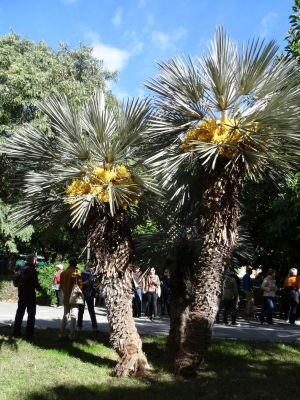 Opened in 2001, this new bridge across the old river bed provides the opportunity to create a permanent display of flowers, hence its name ‘Floral bridge’. The structure holds an astonishing 15000 plants including Pelargonium varieties (P. zonale and P. peltatum) in 12 different colours. 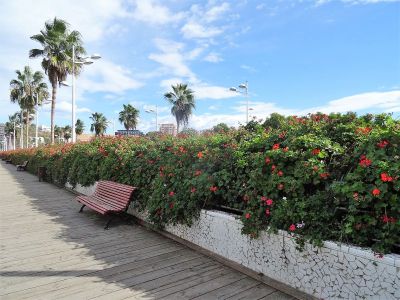 In the morning of Tuesday 30 October, we visited the Botanic Garden of the University of Valencia. The entrance, through the Botanical School, is impressive with a huge Celtis australis reaching for the sky through a special circular opening. 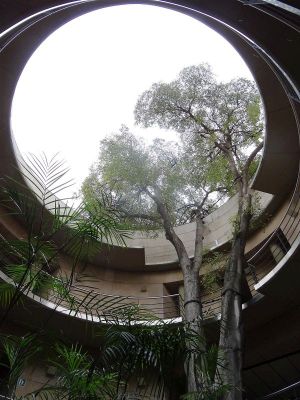 Founded in 1567, by the middle of the 19th century it was the leading botanical garden in Spain and was used to acclimatise plants brought back from expeditions to South America. A glasshouse became necessary to protect new exotic plants; this now houses rainforest vegetation. 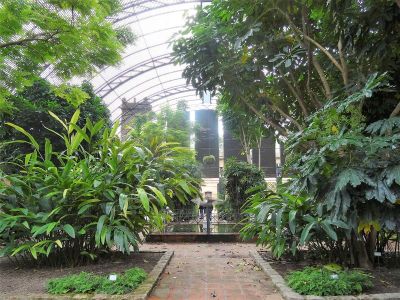 The current shade house is a replica of the original, built of an iron lattice construction, which was destroyed by fire and rebuilt following the original plans in 1990. It is very attractive as well as functional. 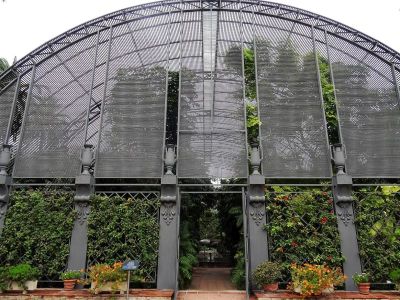 Determined to improve my own knowledge of palms I spent time looking more closely at the more unusual – to me – species, for example, Arenga engleri showing off its beautiful contrasting orange fruits. 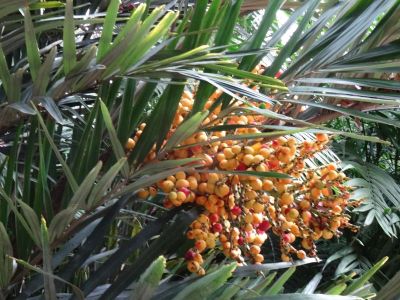 In the morning of Wednesday 31 October, we arrived at Valencia’s new Central Park for our next garden tour. Covering land which has been occupied by railways and associated buildings for more than a century, it is still under construction. The surrounding area has a great many new buildings and this park includes important leisure space for the occupants as well as the wider community. 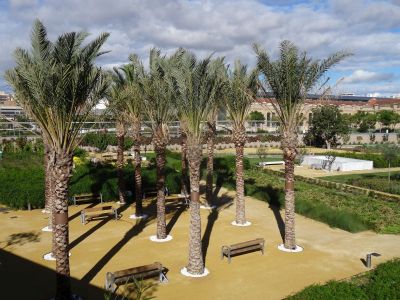 The vertical gardens had an immediate impact on me. Bordering the bowl shape along one boundary, they are ingenious: a wall made up of planting pockets by the hundred. Many sections were planted with typical small mediterranean plants, often grouped by colour, for example the vibrant blue-purple of Hyssopus officinalis alongside Salvia officinalis and scabious. Yellow combinations were made up of trailing Lantana montevidensis and verbascum. These small mediterranean-climate plants should cope well with the summer heat and drainage that the vertical wall allows. 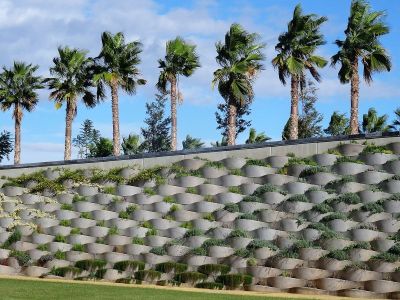 The Monforte Garden was the final garden we visited in Valencia, discovering the three clearly defined areas of the gardens representing Italian, classical and Renaissance gardening. By the entrance the formal area is laid out with two perpendicular axes creating four quadrants, neatly kept with trimmed hedges, each with statuary in the centre. 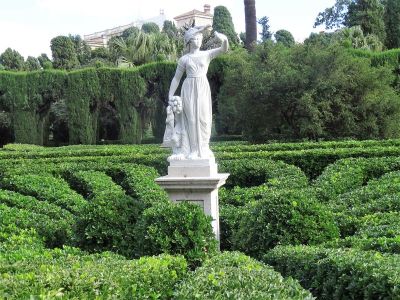 From here into a second semi-structured area with trimmed vegetation and freer planting and on into the third area known as the Mound. I liked the way this section was described in the leaflet, ‘considered in classical Roman garden design as the neglected beauty of nature’. On a lower section of the mound was a delightful shrub Hypoestes aristata, a plant I would like for my own garden. 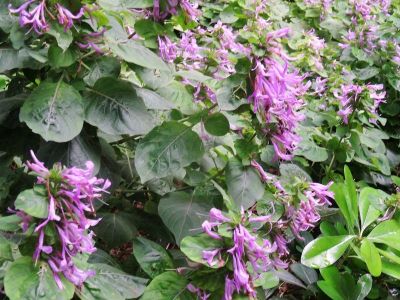 We had experienced an excellent few days, spending time with like-minded MGS friends and visiting some outstanding gardens. Valencia is a delightful city to which I hope to return.