Annual General Meetings over the Years

The photograph at the top of this page shows MGS members gather for the General Assembly in Corfu 2004 which was held in the Achilleion, a palace built in 1890 for the Empress Elizabeth of Austria. The neo-classical building is set in magnificent gardens with statues of ‘Vanquisher Achilles’ and ‘Achilles Dying’. (Photo Alisdair Aird).

As early as 1998 the meeting moved abroad for the first time, hotels were booked and the excursions were planned in greater detail. Eventually the custom was established that in two years out of three the Annual General Meeting, referring to the business meetings including the General Assembly and the events organised for the participants, would be held in a mediterranean-climate region, ideally where there were enough members to do the organising. Every third year, elections take place and the AGM is held in Greece, the seat of the Society, although it is not always in Athens.

So it has been that over the years members have been invited to some of the loveliest parts of the mediterranean world where they meet up with friends, old and new, in the warm October sunshine.

Here are brief notes on all the Annual General Meetings that have been held since 1998 with a reference to the full report on each in The Mediterranean Garden Journal. 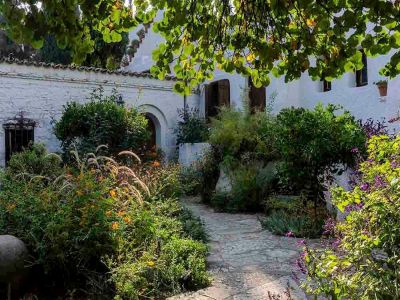 2019 Athens, Corfu and Pelion, Greece
Celebrating 25 years of the MGS, the AGM in Athens was organised by the Greece Branch, headed by Christina Lambert. As well as Sparoza, the programme took in a new garden designed and built by MGS Members at the Vorres Museum . Preceding the AGM was a tour of stunning private gardens in Corfu organised by President Caroline Davies. Post-AGM, Pelion & Sporades Branch Head Sue Wake hosted a visit to the peaceful, green Pelion peninsular. Edith Haeuser, Valerie Whittington and Ann Semaan Beisch reported in TMG Journal 99 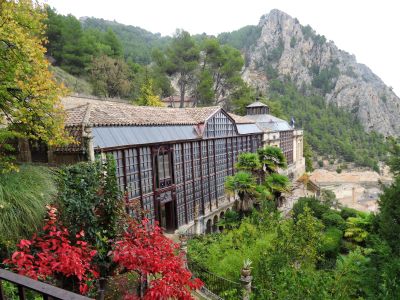 The Pavilion in the Brutinel garden, built in the mid nineteen century and recently restored, in Alicante
(Photo Valerie Whittington)

2018 Alicante, Spain
The Costa Blanca Branch, headed by Alan and Carol Hawes, put together an impressive selection of gardens for us to visit in Alicante followed by a tour of Valencia. Many of these gardens featured interesting architecture including pavilions, shade houses, wall gardens and even a Moorish tea house. Preceding the AGM was a tour of private gardens in Mallorca organised by Sally Beale, including the iconic Finca d’Ariant of MGS Past President Heidi Gildemeister. John Joynes and Valerie Whittington reported in TMG Journal 95. 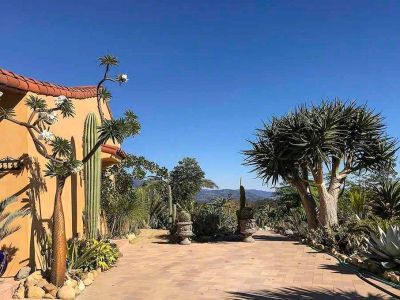 A private garden in Santa Barbara, Southern California, where a great range of succulents is grown

2017 Pasadena, California, USA
A dazzling display of California’s mediterranean gardening riches was laid on for us by Shelley Harter and her enthusiastic organising team from Southern California branch. Including the pre- and post-AGM tours, they packed into our week no fewer than 34 gardens in and around Pasadena, Santa Barbara and Claremont. Alisdair Aird & Helena Wiesner reported in TMG Journal 91. 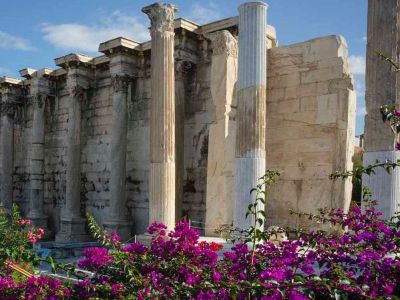 2016 Athens and Corfu, Greece
The typical Greek blue skies and sun were mostly absent during the 2016 AGM in Athens, but Caroline Davies recounted in TMG Journal 87 how the participants still had a great time with visits ranging from ancient Greek sites to the new Stavros Niarchos Foundation Gardens. A post-AGM visit to Corfu was organised by Victoria Martini, which covered a range of varied gardens that benefitted from the island’s damp winter climate. 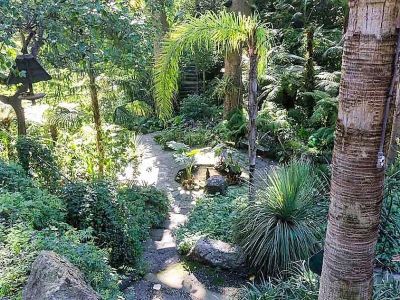 2015 Ischia, Italy
The GA was hosted at the garden of La Mortella at the kind invitation of the curator and MGS member Alessandra Vinciguerra. Edith Haeuser reported in TMG Journal 83 the garden to have been “an overwhelming, subtropical world, a paradise of shade and humidity, of innumerable nuances of green, an exuberant feast of foliage and textures.” A pre-AGM tour explored Naples and the Amalfi coast and Angela Durnford, Italy Branch Head, led a post-AGM tour to Romantic and Historic Gardens of Lazio. 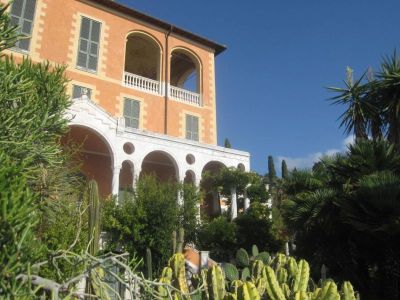 2014 Menton, France
The programme of visits to public and private gardens on the French Riviera included the famous Villa Hanbury, the Villa Ephrussi de Rothschild and Lawrence Johnston’s Serre de la Madone, as reported by Edith Haeuser in TMG Journal 79. A pre-AGM Tour of Languedoc and Provence was organised by Christine Savage. 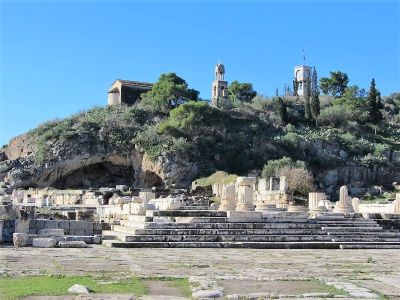 View of Eleusis from the entrance, with Pluto’s cave at the back left
(Photo Diana Farr Louis)

2013 Attica, Greece
The meeting included a guided forest walk on Mount Parnitha, under restoration after fire damage, and a visit to the ancient ruins at Eleusis, where both the site and the industrial suburb of Elefsina that surrounds it have undergone a renaissance. Valerie Whittington reported in TMG Journal 75. The AGM was followed by an excursion to the South-West Peloponnese. 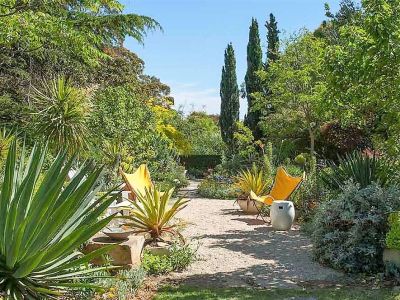 2012 Adelaide, Australia
Hosted by South Australia Branch headed by Merilyn Kuchel, visitors were introduced to an amazing variety of native and drought resistant plants in many inspiring gardens. The meeting was preceded by a tour of gardens in Melbourne, organised by the Victoria Branch led by Kaye Stokes. There followed a trip to the unspoiled Kangaroo Island to see native plants and animals. Alisdair Aird reported in TMG Journal 71 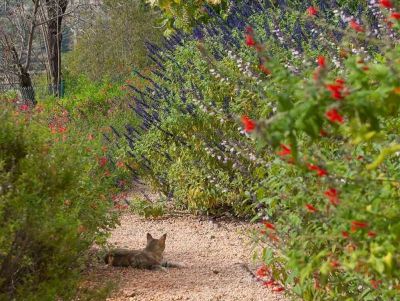 Salvias showing at their best in autumn, as seen in Cindy Evans's garden at Esporles, Mallorca
(Photo Alisdair Aird) 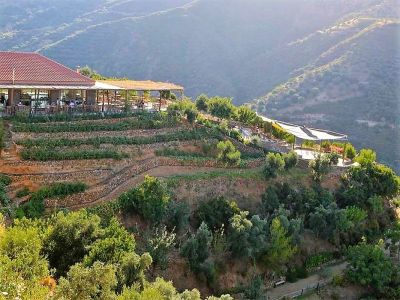 2010 Hania, Crete, Greece
Organised by Crete Branch Head Valerie Whittington to ‘celebrate the diversity that is Crete’. The programme included discussion groups and talks as well as visits, such as to The Botanical Park & Gardens of Crete which grew from the ashes of a devastating fire. Martin Jones reported in TMG Journal 63. 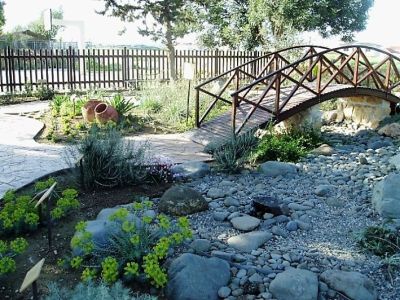 A simulated dry river bed in the small botanical garden created in the grounds of Agia Anargyri Primary School, Larnaca. The garden was the brainchild of teacher Stella Stavrinides, supported by President of the Parent’s Association, Stelios Constantinos
(Photo John Joynes)) 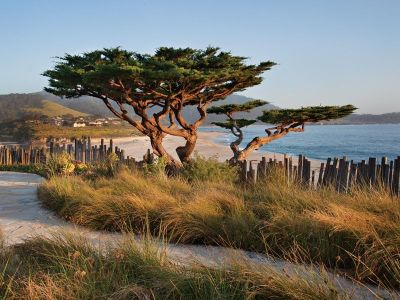 2008 Monterrey, California, USA
A packed schedule of visits before and after the AGM to stunning private gardens, nurseries, a shopping centre, a school project, an arboretum and the 18th Century Carmel Mission, as well as participating in a symposium with local speakers. Heather Martin and Jean Vaché both wrote reports for TMG Journal 55. 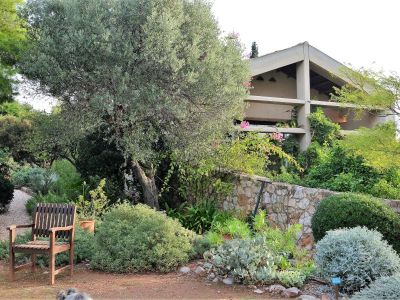 2007 Athens, Greece
The meeting took the form of a symposium entitled: ‘The Dry Garden – Practice and Philosophy’, with workshops held in private gardens including Sparoza. Panel discussions and lectures took place at the Karatzas Auditorium. The programme is described in TMG Journal 48. Following the AGM, a group set off for the Peloponnese led by George and Chrysanthi Sfikas. 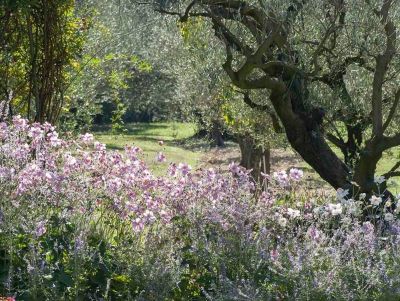 2006 Languedoc, France
Based in Uzès, a tour of several impressive private gardens, including a specialist bamboo collection, and a walk in the Garrigue, was organised by Jocelyn van Riemsdijk. There followed a post-AGM trip to Nimes. Alisdair Aird reported in TMG Journal 47. 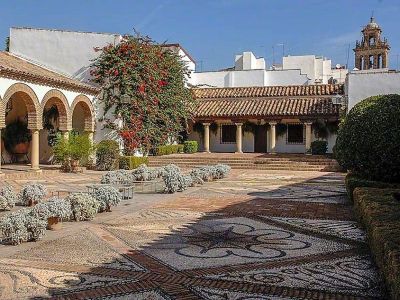 Restrained planting and cloistered shade heighten the feeling of contemplative tranquillity in one of the Palacio de Viana's 12 patio gardens, in Cordoba, Andalucia
(Photo Alisdair Aird)

2005 Andalucia, Spain
A programme that savoured the interplay between Islamic and Christian ideas in gardens and architecture over the long history of the region, based in Cordoba. Visits included the evocative Alcazar de los Reyes Critianos, Palacio de Viana, Palacio de Moratalla and Palacio Portocarrero as well as gardens in big agricultural estates. There followed a post-AGM tour around Seville and Granada. Alisdair Aird reported in TMG Journal 43 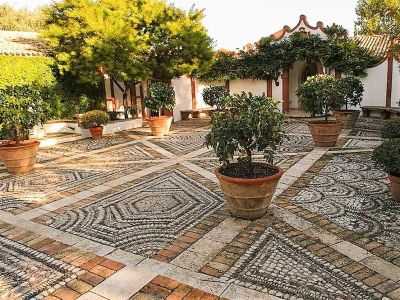 2004 Corfu, Greece
The programme was organised by Victoria Martini and visited private gardens of a great variety in scale and concept as well as talks and art exhibitions. The events, including the GA, were held in historic buildings. A short post-AGM tour went to Butrint in Albania. Davina Michaelides and Sue Bennison both wrote reports for TMG Journal 39 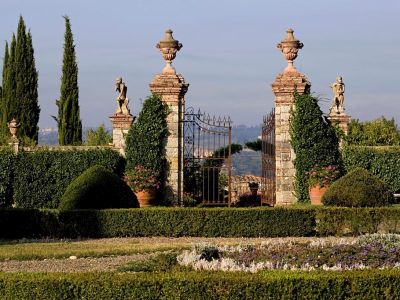 2003 Tuscany, Italy
The programme based around Siena was organised by Italy Branch Head Carol Smith and included visits to enchanting renaissance villas, castles and monasteries, as well as a woodland garden. A post-AGM tour explored famous villas and gardens around Florence. Joanna Millar and Allan Lover both wrote reports for TMG Journal 35. 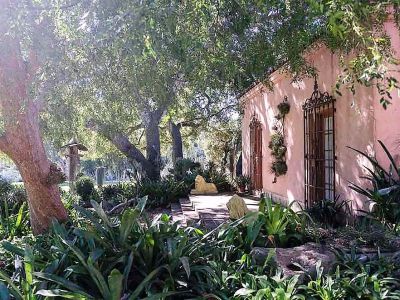 2002 California, USA
Hosted by the MGS Branches in California, the programme covered a tremendous number of spectacular gardens in Santa Barbara, Santa Ana and Los Angeles. A post-AGM tour visited gardens in Pasadena and ventured out to the San Jacinto Mountains. Freda Cox reported in TMG Journal 31 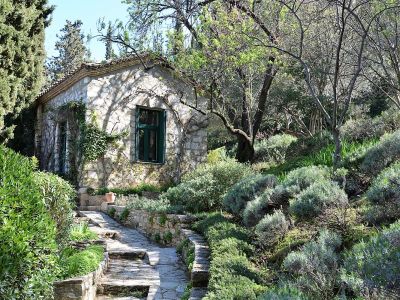 2001 Athens, Greece
Fleur Pavlidis and Sally Razelou took charge of the arrangements in Athens, which included a visit to the woods surrounding the monastery at Kaisariani on Mount Hymettos and to a private garden on the slopes of Mount Pendeli and another in Paheia Rahi. Freda Cox reported in TMG Journal 27. 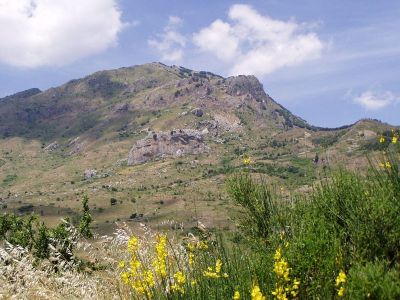 2000 Palermo, Sicily, Italy
With no local branch in Sicily, MGS Secretary Barbara Diamantides organised the AGM from Athens with the help of Dr Marcello Cascino and Alison Richards on the ground. Visits included the Villa Malfitana, the Parco della Favorita and a hike up into the mountains of La Madonie nature reserve. Yvette Varvaressou reported in TMG Journal 23 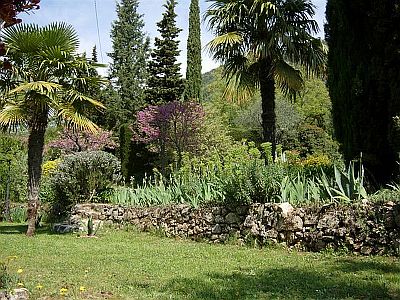 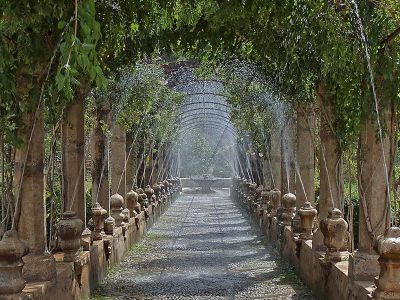 1998 Mallorca, Spain
With Heidi Gildemeister as MGS President, the AGM was taken off to her island home of Mallorca where she and her husband made arrangements for a fabulous weekend. Gardens visited included the historic Arab gardens of Alfabia. Freda Cox reported in TMG Journal 15.