Genesis: The Inception of the MGS

The MGS celebrated its 25th anniversary in 2019. Sally Razelou, founder President and Custodian of Sparoza wrote in The Mediterranean Garden No. 99 about its beginnings:

As with most ideas that culminate in the establishment of an institution, a society or a cultural tradition, one thing leads to another, one connection to yet another connection: so it was with the MGS.

In 1992 David Wheeler’s journal Hortus published an article by Derek Toms entitled ‘Letter from Attica’. Derek and his wife Megan had recently moved to Greece after living for many years in Anatolia, Turkey. Both were artists, Derek fluent indeed with his pen. They had settled in a rented house in Attica, creating a small garden around it. In his article for Hortus Derek deplored the lack of information on how to garden in a mediterranean climate.

Having read it, Trevor Nottle wrote to Derek from Australia, saying he felt that all those who gardened in the mediterranean-climate regions of the world faced the same difficulties and needed help in understanding and overcoming them. He sent Derek a questionnaire for gardeners in Mediterranean Europe.

In February 1993 Derek submitted a letter to the newspaper The European in which he invited readers who were gardening in the Mediterranean to contact him. Copies of the questionnaire were subsequently sent out to some thirty individuals who had responded.

The problems gardeners faced included those inherent in the climate, the geological conditions of the land, the availability in nurseries of suitable plants, the paucity of literature on gardening in a mediterranean climate and of skilled labour for ornamental gardens, and the lack of interaction and contact between gardeners, many of whom were attempting to create gardens in conditions very different from those they were accustomed to in temperate climates. 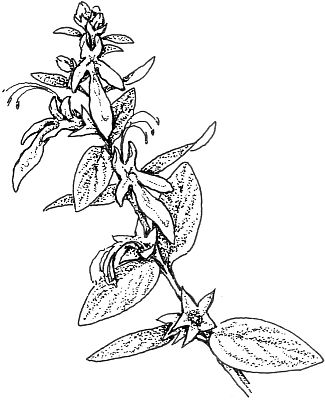 Caroline Harbouri, who had been one of the respondents to the questionnaire, met Derek in 1993. They became friends and she brought him to visit the garden at Sparoza; Caroline had first visited it in 1984, after Jaqueline Tywhitt’s death when Stephen Grigg, her last gardener, was caring for the garden before the Rendalls came as tenants.

I had made Sparoza my home in 1992 as a tenant of the Goulandris Natural History Museum to which Jaqueline Tywhitt had bequeathed her estate in 1983.

Jill Yakas, who would never have foreseen at that time that she would become Treasurer of the as yet non-existent MGS, befriended me in 1987 when my husband died; my sister in England knew one of her artists (Jill had an art gallery in her house in Kifissia) who told Jill that I was bereft. She knew John and Jay Rendall, tenants of the Museum before me and, knowing too that they would be leaving Sparoza when their house in Monemvasia was ready, she suggested that I might be interested in taking their place as the next tenant. In June 1992 the Rendalls departed and I moved in, delighted to live with a garden to care for.

Thus chance had brought together some of the future founder members of the MGS: Derek, Caroline, Jill, John and Jay Rendall, and myself.

The visit of Caroline and Derek to the garden at Sparoza and our meeting for the first time was seminal to the developing idea of creating some sort of network of gardeners to share information on how to cope with the conditions faced in gardening in our mediterranean climate.

I cannot remember clearly what was said on this first occasion, but having a garden from which to launch such a project seemed fitting and a fortuitous piece of luck. I clearly remember a later meeting one warm evening when we sat outside on the south veranda: the great botanist William Stearn and his wife Ruth were with us. By then the idea of creating a garden society had crystallised.

A name for this venture was then discussed. Professor Stearn suggested MED HORT as a possibility, but the consensus was for the Mediterranean Garden Society. So we ‘christened’ the MGS at its birthplace, Sparoza, in Attica, Greece.

Derek then wrote to Mrs Niki Goulandris in April 1994, explaining the purpose of the Society and asking for her permission to use Sparoza as its headquarters. A month later her reply came in which Mrs Goulandris described the project as “an exciting idea” and added that “we shall be interested in hearing more about the progress of your idea and possibly cooperate with you in future”. Despite the lack of a clear mandate in her letter for the use of Sparoza as the headquarters of the Society, we therefore went ahead.

The next step was to make the project known to the public. I remember Professor Stearn advising us how difficult it would be to initiate yet another horticultural society when such a plethora of them already existed. A bulletin was prepared setting out the MGS’s aims. This was sent to everyone we could think of who might have an interest in joining and promoting the Society. Professor Stearn told Hugh Johnston - the RHS journal’s ‘Tradescant’ – about it, who wrote in his Tradescant’s Diary in October 1994:

This sounds to me an idea whose time has come: The Mediterranean Garden Society. Exiles from these shores to what they fondly imagine will be the softer conditions of the Mediterranean are almost invariably amazed by the extreme conditions they encounter. The notion that anywhere where ‘tender’ plants flourish is by definition kindlier is based on a deep misapprehension.

There, under pitiless sun, often on terrible soil, in the sporadic rainfall and sometimes literally maddening winds, far from competent nurseries and with very few relevant reference books, the bougainvillea can seem a small reward for all the plants you can’t grow.

At present it is canvassing for contacts and participants among English-speakers around the Mediterranean. It seems to me to deserve every encouragement.

A wave of enquiries resulted from this notice. 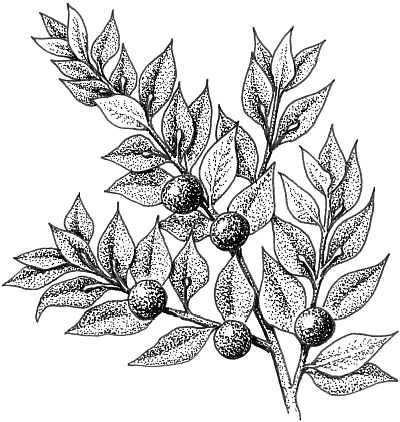 The late Francis Cabot and Penelope Hobhouse were instrumental in our receiving further prestigious free press in Pacific Horticulture (then edited by George Waters), Gardens Illustrated (whose first editor, Rosie Atkins, came and visited Sparoza in 1995), The American Garden Journal and Giardini.

In order to register the Society legally as a non-profit association in Greece a Constitution or Charter had to be drawn up and the signatures of 20 founder members procured for the application to the Greek High Court. Each founder member contributed 10,000 drachmas. We also enrolled seven non-signatory founder members. The sum of money collected from these founder members was used to defray the legal costs of establishing the Society as well as costs incurred during 1994 for postage, stationery and suchlike for promoting the Society.

During 1994 two newsletters were sent out – the first in the spring, the second in the autumn – to everyone we knew who might be interested. These were received with much enthusiasm, so that by the end of 1994 we had a mailing list of around 160.

The registration of the Society in the High Court was achieved in December 1994 – a lengthy process following our application in June. Now we were established.

In the New Year of 1995 we opened our subscription membership. By the end of January our 27 founder members had been added to by an equal number of new members, and at the end of 1995 there were 241 members of the Society from 18 different countries including 109 in Greece, 42 in the UK, 28 in Italy, 19 in Spain, 17 in France and 8 in the USA. Other countries with one or two members ranged from Israel to the West Indies, from Cyprus to Canada. We were also affiliated to the Royal Horticultural Society in the UK.

The first Annual General Meeting took place at Sparoza on 6 December 1995, with Derek Toms in the chair. Eighteen members were present. The election of the first Administrative Committee, due to the small number of members present, was managed without ballot papers but by proposal and seconding, after which the nominations then received voiced approval by the assembled members. I was elected President, Graziella Seferiades Vice President, Panayotis Marselas General Secretary, Dana Zangas Treasurer, and Don Matthews Councillor, while Anna Saiti, Megan Toms and Ann Wardell were nominated as Reserve Members, and Kate Marcelin-Rice, Iain Miller and Geoffrey Wardell as auditors.

The main topic of discussion at this meeting was how to continue paying for the printing and mailing of the journal as our finances were precarious. However, the members were unanimous in their belief that the journal was the one thing that bound the geographically diverse membership together and that on no account should its publication be discontinued. The idea was put forward that money could be raised by including paid advertisements in the journal; both Derek Toms and Caroline Harbouri rejected this idea firmly and Caroline added that if the MGS couldn’t afford the next issue of the journal she would pay for it out of her own pocket. Luckily this proved unnecessary. The number of members increased steadily and the journal, its future assured, never looked back. 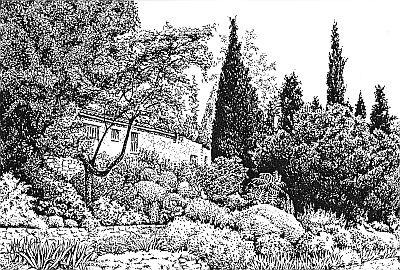 The first issue of The Mediterranean Garden was published in Summer 1995, jointly edited by Derek Toms and Caroline Harbouri and with all its illustrations by Derek except for the cover illustration of Papaver rhoeas which was by Yvonne Linardos. Its content was impressive with articles by Heidi Gildemeister, Margaret Likierman, Gian Lupo Osti, Piero Caneti, Joanna Millar, Panayotis Marselas, Caroline Harbouri and Yvonne Linardos.

I quote from Derek’s Meditorial:
The MGS is not an empire which is spreading out from the centre. It is a network of people throughout the Mediterranean, together with others outside the region, who share a common interest. Sparoza is the junction through which we all keep in touch, but every local area has equal importance. Ideally, everyone should be developing in parallel. At the moment decisions are being taken here, but this is inevitable at this early stage. As MGS activity grows, we may well have to consider how the Society is organised. We already have Eurocrats in Brussels – we don’t need Hortocrats at Sparoza.

The second issue of The Mediterranean Garden published in Autumn 1995 equalled the high standard set by the first. Extracts from letters received from members congratulating the editors on the first issue are full of appreciation and enthusiastic praise. The membership increased. The beautiful poem by Spyros Harbouris on its final page makes me cry:

The Romans said it,
We can also say it: Mare Nostrum
Bordered by hills
Where cypress trees and thyme,
Anemones and wild garlic
Grow in profusion.

Let us then be concerned:
May this ancient landscape be preserved
And the wild flower never die
Till the evening of time.

In April 2020 the 100th edition of our journal was published. The Society is a quarter of a century old. Its ‘family tree’ has many branches now in many countries. May it prosper gently.