On Germanders in the Mediterranean Garden

Sally Razelou, founder President and Custodian of Sparoza wrote in The Mediterranean Garden No. 30 October 2002 about Germanders or Teucrium:

There are some 300 species in the genus Teucrium. The Latin name comes from Teucer, an ancient king of Troy who is said to have first used the herb – probably Teucrium polium – medicinally. In his remarkable catalogue Olivier Filippi lists some 30 species of germanders which are both beautiful and thrive in the Mediterranean climate regions.

My experience of growing these shrubs is limited to seven species at Sparoza but I plan to increase this collection in the autumn planting with many more plants from the Filippi nursery at Mèze. Those I already grow and can speak of from first-hand knowledge are the following. 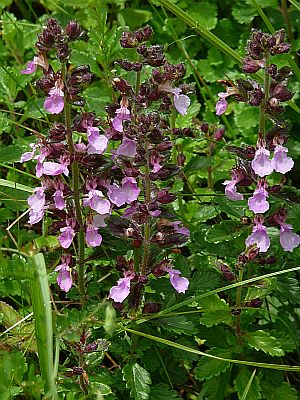 Teucrium chamaedrys
This rhizomatous Wall Germander, ubiquitous throughout the phrygana of the Mediterranean, is a beautiful evergreen prostrate shrub. It is totally drought-tolerant and flowers from the end of April with pink to deepish purple-pink flower spikes. Its chief value is in its dark green shiny leaves and draping habit and the fact that its fresh-looking foliage persists through the long, dry summer months. In the Cyclades I have seen plants nearly a metre in width flourishing on the driest, stoniest hillsides. 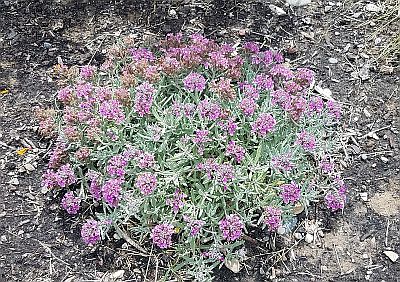 Teucrium cossonii
This charming ‘carpet’ plant from the Balearic Islands with its lovely grey-green foliage of tiny leaves and its clusters of small mauve-pink flowers held just above the cushion of foliage is a most rewarding plant. On the dry bank at Sparoza it has shown no sign of stress in the summer months, delighting one with its harmonious habit. 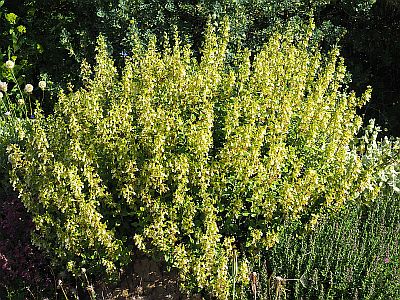 Teucrium flavum
This is the only germander which is planted in the irrigated part of the garden. In four years, a seedling Fleur Pavlidis brought to me has become a robust evergreen shrub occupying a corner site under a pomegranate tree. I love its leaves which are gently lobed with a distinct margin of darker green. It is at its most entrancing when the flower spikes, which are rounded, fat and felty, are in bud. The flowers are the palest yellow. I have propagated it with ease from seed and cuttings. It grows throughout the Mediterranean except on the island of Cyprus (C. Grey-Wilson) and there are four subspecies in Crete (G. Sfikas) but I have never seen it myself in its native habitat. 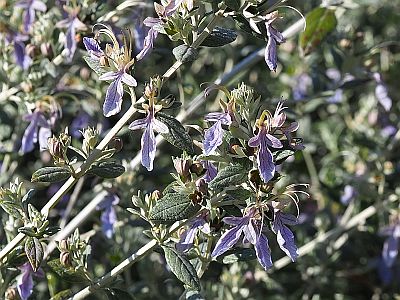 Teucrium fruticans
The Tree Germander is drought-deciduous at Sparoza. These specimens were planted perhaps two decades ago by Jaqueline Tyrwhitt and are huge and healthy; their winter and spring foliage is very lovely. The use of this teucrium in formal gardens clipped into globes, pyramids or columns is very effective, and it is one of the few grey-leaved plants that provides organic architecture in a garden. 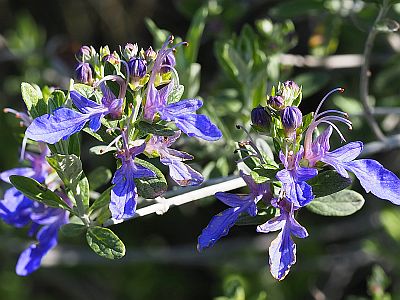 Teucrium fruticans ‘Azureum’
A number of sports of the native Teucrium fruticans have been selected by growers (the Filippi Nursery catalogue lists eight, up from one in 2000) and two of them, T. fruticans ‘Azureum’ and T. fruticans ‘Agadir’, are now being grown and propagated at Sparoza. ‘Azureum’ is very easy to grow and its darker blue flowers and neater, softer habit than the plain species make it a popular choice for members to take home from the biannual Sparoza plant exchanges. ‘Agadir’ has a shorter flowering season but its compact growth makes it ideal for a small bed or garden. 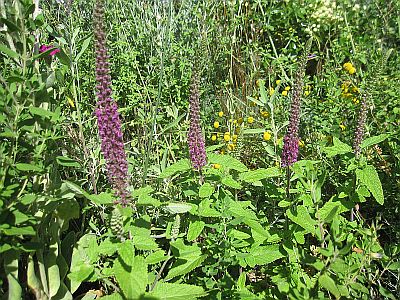 Teucrium hircanicum
Two autumns ago this lovely plant arrived from Olivier Filippi’s nursery. It is a native of the Caucasus and Iran. It is planted on our dry bank under a large old Ebenus cretica. I am charmed by it and its perpetual (if dead-headed) racemes of minute pinky-mauve flowers. It would undoubtedly become the large shrub of 80 x 80 cm which Olivier describes in his catalogue if it were planted in an irrigated part of the garden. However, it holds its own in what is perhaps Sparoza’s driest site with an occasional deep watering. It is now about 40cm in height and spread. I have propagated some plants from cuttings and will see how they perform on the hillside. 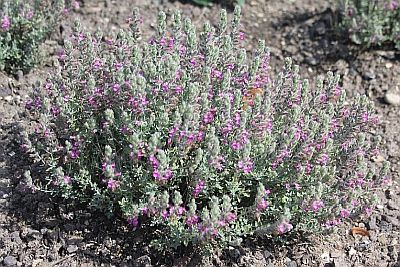 Teucrium marum
This species, also from the Filippi nursery at Mèze, does not exist in Greece or in the Eastern Mediterranean. Its grey foliage is very aromatic and attracts cats, so my one plant has remained rather stunted; however, it did bloom this year for the first time and I have great expectations that it will prove a lovely plant. It is totally drought-tolerant. Its natural distribution is in the Western Mediterranean islands, Italy and some Adriatic islands. It has square stems like T. fruticans but is a much smaller shrub. 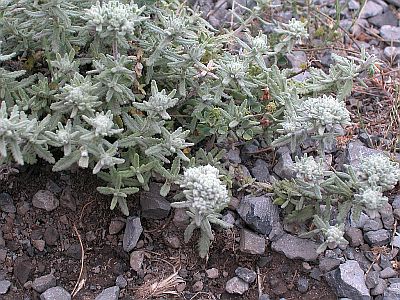 Teucrium polium
The Felty Germander is such a familiar presence in our Attic phrygana that we might well take it for granted and not consider it worthy of introduction into the garden. In Greece its common name is Panayóhorto – “the herb of the Virgin Mary”. It was used by the ancient Greeks as a remedy for many ailments, such as jaundice. The poet Hesiod recommended that people carry the plant with them as a remedy against snake bites and other such calamities (Anna-Marie Simpson, Herbs, Trees & Traditions of Cephalonia). In the garden it makes an attractive grey woolly cushion. If its flowering stalks are cut back and the plant is given infrequent but regular water, it will maintain its foliage throughout the summer months. There are a number of very desirable subspecies – one of which is capitatum which I saw in Cephalonia in late spring with deep pink flowers in compound heads. 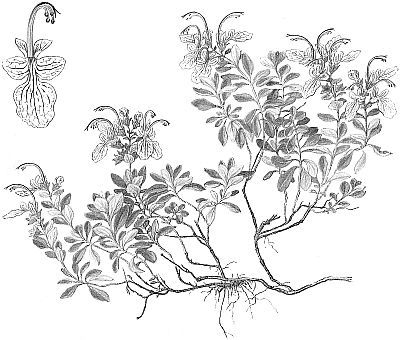 There are in the Peloponnese two endemic species, described in Endemic Plants of Greece by Kit Tan and G. Iatrou, and illustrated by Bent Johnsen, which look incredibly beautiful.

The first is Teucrium aroanium (sometimes spelled aroanum), which must be or have been in cultivation as it is briefly described in the 1971 edition of the Reader’s Digest Encyclopaedia of Garden Plants and Flowers. It is a procumbent perennial with many-branched slender stems. Its beautifully veined lilac flowers have very protruding stamens and style. It is related to T. alyssifolium from Anatolia. It also has lovely seed capsules of a delicate grey-brown which are a feature after flowering.

The other is T. halacsyanum, a chasmophyte with delicate grey-green foliage and racemes of flowers borne erectly above the plant. It is closely related to T. francisci-werneri. Its flowering stems fall from the woody base and then turn their racemes of violet flowers back up to the light.

Olivier Filippi’s collection is a great recourse to us and he will undoubtedly be adding to it over the years. Having found how adaptable they seem to be when introduced to the garden, we shall try to grow more and more of the germanders which are so undemanding of water and generally problem-free.